Shares in Vonage Holdings jumped by more than 13 per cent on Thursday after the New Jersey-based broadband Internet phone pioneer said it had reached an agreement in principle to pay $39m to AT&T and settle a patent infringement suit. 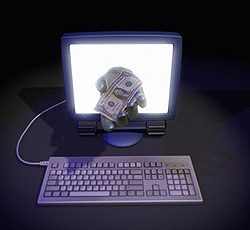 If finalised, the agreement would mean Vonage had settled patent suits filed by the three largest incumbent US carriers and would clear the way for the company’s management, led by Jeffrey Citron, chairman and acting chief executive, to focus on operations and restructure $248.2m in debt due as early as December next year.

Mr Citron said Thursday that the agreement would enable him to focus on the most pressing issues facing Vonage including improving customer relations and stemming customer defections.

Last month, Vonage, which had raised the prospect of being forced to file for bankruptcy protection because of the suits, settled with Sprint Nextel for $80m and with Verizon Communications for between $80m and $120m, depending on the outcome of a court hearing. The proposed $39m settlement with AT&T would be paid over five years.

Vonage announced the proposed settlement as it unveiled a $161.7m, or $1.04-a-share, third-quarter loss, including $132m in charges because of the settlements. Excluding $133m in legal costs, the loss narrowed to $16m, or 10 cents a share, compared with $62m, or 40 cents per share a year earlier.

Revenue increased by 30 per cent to $210.5m, boosted by the addition of 78,000 subscribers in the third quarter, despite cutting back on its heavy marketing budget. It spent $62m on marketing in the quarter, down from $68m in the previous quarter and $91m a year earlier. Vonage ended the period with a total of 2.5m subscribers.

Churn, or subscriber cancellations, rose to 3 per cent from 2.5 per cent in the second quarter.