Italian companies have some of the best corporate websites in Europe, a remarkable turnround from five years ago when they ranked at the bottom of the class, a new survey has shown. 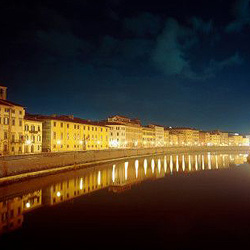 Telecom Italia’s online presence was ranked number one in Europe for ease of use and clarity in a web-ranking survey by Hallvarsson & Hallvarsson.

Italian companies, which have traditionally been controlled by a small handful of families or closely knit groups of shareholders, have in the past struggled to communicate with investors. However, corporate scandals such as Parmalat have resulted in a shake-up of corporate culture in the past few years with more emphasis placed on transparency.

“These results reflect the creation of a culture in Italy where there is a big commitment to openness,” said Marcus Eriksson, head of the H&H survey.

Russian companies are hampered by a poor command of English, Mr Eriksson said. Also, with only about 12 per cent of the population online, according to the latest figures from research company Comscore, corporations in Russia do not yet see the Internet as a key communication tool.

“However, they will have to embrace it, if they want to attract foreign capital,” Mr Eriksson said. “It is their window to the world.”

About 80 per cent of a sample of respondents surveyed by H&H said they worked constantly connected to the Internet, and 90 per cent considered corporate sites the most important source of financial information for listed companies.