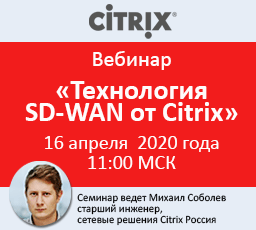 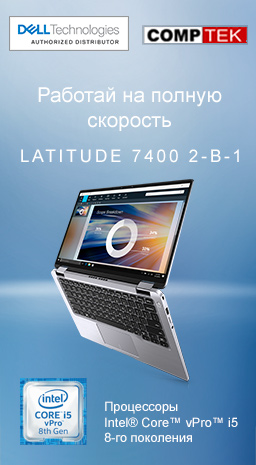 Big Money in Small Cells, or The Future Hangs by a Strand

The recent CTIA exposition in Orlando demonstrated the industry-wide agreement that the only solution to the evolving wireless broadband capacity crunch is a heterogenous access network composed of macro cells, plus a range of small cell solutions: microcells and picocells, carrier WiFi, and the view of most participants, femtocells.

Small-cell base stations, many of them strand-mounted for minimum-footprint deployment, were visible on stands all over the show, many from small companies with WiMAX and WiFi backgrounds. The new importance of small cells is likely to bring even more pressure to bear on the large Tier-1 OEMs, and alter the existing order of the industry and established supplier/operator relationships.

Today, operators rely on the established Tier-1 OEMs (Alcatel-Lucent, Ericsson, Huawei, Nokia-Siemens Networks, Samsung, and ZTE) to supply and integrate their mobile networks. All the Tier-1 OEMs are positioning for the foreseen explosion in 4G small cell deployments, whether in the form of picocells, carrier femtocells, residential femtocells, or carrier WiFi. This sets up an industry dynamic that in the long term is likely to bring additional downward price pressure on all base station form factors, decreased differentiation at the level of base stations, and the appearance of new entrants in the base station and wireless network markets.

How is this likely to play out? The cost targets for femtocells (the figure of US$100 is often given as a bench mark for residential femtocells) means that some Tier-1 OEMs will be sourcing their femto base stations from third party suppliers who can meet these aggressive cost targets. NSN for example, displayed femto base stations from several small manufacturers at its stand at CTIA. Other Tier-1 OEMs with strength in consumer electronics (for example, Samsung and Huawei) will try to develop and market their own femto base stations. Either way, the strength of the femto solution relies on the capabilities of the chipset being used, and the value added by the Tier-1 OEMs consists of the degree of integration and support offered by the OEM's operations, administration and maintenance (OA&M) system and self-optimizing network (SON) capabilities.

Much the same phenomenon is taking place in the picocell market. Tier-1 vendors are developing and announcing their own picocell solutions, and heterogenous network solutions with centralized intelligence and processing, for example NSN's Liquidradio, Alcatel-Lucent's LightRadio, and Ericsson's Antenna Integrated Radio (AIR). At the same time, numerous new entrants are developing and promoting small cell solutions. From the WiMAX camp, companies like Juni (femtocell supplier to Clearwire and KT) and Airspan are bringing sophisticated LTE picocell solutions to market. From the carrier WiFi arena, BelAir Networks is positioning itself as a multi-standard small cell supplier. Many other small suppliers are overhanging the market, and were announcing and displaying picocell solutions at CTIA. Under relentless price pressure as the number of base stations required for broadband wireless balloons by factors of 10 or more compared to today's networks, it's likely that some of these new entrants will find a niche in the 4G market space, either as suppliers to the large OEM's or perhaps even as suppliers to some mobile carriers.

As the capabilities of the low-cost chipsets in the femto and pico base stations increases, following the relentless march of Moore's Law, chipset-based solutions are likely to begin to encroach on the capabilities of bigger base stations in terms of the number of subscribers they support, the sophistication of the MIMO configurations they support, and the channel bandwidths they can handle (including possibly channel aggregation). In the end the large OEMs, having developed distributed radio architectures to reduce costs to operators while keeping as much of the investment in their camp as possible, are very likely going to have to adopt the same chipset-based solutions as the smaller companies – for the small cell base stations and for their macro base stations as well. The net effect of the increasing reliance on chipset-based base stations will be reduced differentiation between suppliers, and increasing price competition with new entrants bringing additional competition to the market space.

The winners out of this dynamic are likely going to be the femto and pico base station silicon manufacturers, and very possibly the IT and networking vendors. Cisco in particular already has an extensive set of solutions in the IP core network (both in-house and acquired through their purchase of Starent), a dominant position in the WiFi space, and could easily source femtocell, picocell, and microcell solutions from smaller OEMs, either through ODM agreements or by outright acquisition. Moreover, operators are likely to have few objections to buying from Cisco – they already do for much of their networking gear. The established Tier-1 wireless vendors are going to have to be very good to integrate the emerging low-cost chipsets into their designs, maintain their differentiation, and keep up with small, hungry competitors with experience in low-cost form factors. The danger that major new vendors like Cisco could enter the space only makes their position more risky. Operators are likely to benefit from increased levels of competition as they expand the number of base stations in their networks by at least an order of magnitude.

In this evolving dynamic, the small-cell new entrants run the risk of becoming cannon fodder. They will drive prices down, possibly beyond sustainable levels as we saw in the WiMAX industry, in the hope of building sales and market share, with acquisition by one of the majors being the ultimate exit strategy.

In terms of the recently announced distributed radio architectures, Maravedis and others have already pointed out the issues with the massive amounts of fiber-based bandwidth required by Remote Radio Head (RRH) solutions. In an environment where the cost of the silicon to implement base band processing is dropping, while the processing power increases, solutions requiring large-scale recurring expenses in the form of fiber leasing costs are likely to become less attractive to operators, who may be more attracted to low cost and increasingly capable pico base station solutions.