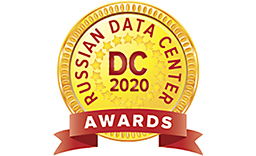 European Union regulators have sent a formal complaint to U.S. software giant Microsoft Corp. for failing to meet an earlier promise to offer users a choice of different web browsers.

In its complaint, known as a Statement of Objections, the European Commission said Microsoft had not followed through on its commitment to offer users alternatives to its own Internet Explorer web browser, which it agreed with regulators three years ago. In practice, users in the EU should see a pop-up window on their computer screen allowing them to choose from as many as a dozen different web browsers.


The charge applies to its Windows 7 version, known as Service Pack 1, which was released in Feb. 2011.

"From February 2011 until July 2012, millions of Windows users in the EU may not have seen the choice screen," the Commission said in a statement."Microsoft has acknowledged that the choice screen was not displayed during that period."

The Commission launched legal proceedings in July, when it emerged that Microsoft had failed to uphold its commitments in versions of its Windows 7 software. European Union antitrust chief Joaquin Almunia vowed at the time to "use all legal instruments... to deter and to punish." He said 28 million Windows users may not have seen the ballot screen at all.

Microsoft put the failure down to a technical error which it said earlier it "deeply regrets."

The filing of a Statement of Objections does not prejudge the outcome to the investigation.