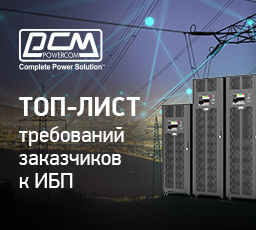 UK fixed and mobile operators are divided over whether to sign up to a voluntary code of practice in support of net neutrality. While ten service providers have signed up, Vodafone, Everything Everywhere and Virgin Media have so far refused.

Signatories to the code have committed to providing a “full and open” internet service to customers and to not using traffic management practices to target or degrade the services of a competitor. They have also agreed not to market a subscription package as including “internet access” if certain kinds of legal content or services are barred.

The code has been devised by the Broadband Stakeholder Group (BSG); the UK Government’s advisory group on broadband, and builds on the transparency code of practice published in 2011.

Vodafone said that it refused to sign up because of the way the code has been worded. The operator signed up to last year’s code, but said it is concerned that the language would have resulted in it having to give a very confusing message to customers.

“Unfortunately, we have been unable to sign up to the new code because the language chosen by the signatories is impractical and does not reflect the services enjoyed by millions of mobile phone users every day,” the operator said in a statement.

“Under the code we would have been unable to use the phrase “internet access” to describe many of the services enjoyed by customers.”

Meanwhile, Everything Everywhere, which also signed up to the BSG’s code of practice last year, stated that it is too early to know how a code of this type will affect customers’ internet experience, as the market and content delivery models are still evolving.

“That said, we support the principle of the open internet and believe transparency is the way to achieve this,” a spokesperson said.

Virgin Media chief executive Neil Berkett has in the past been openly dismissive of the concept of net neutrality and said that anyone who didn’t pay Virgin a premium would have their content stuck in the slower internet “bus lane”. However, the official line given to Telecoms.com this week was that the firm has “no intention of discriminating or treating data differently on the basis of who owns or publishes”, but will not be signing up to the code as it stands.

“We had tried to encourage something that would be clearer for industry and give consumers improved transparency. However, these principles remain open to misinterpretation and potential exploitation,” Virgin Media said in a statement. “We will be seeking greater certainty before we consider signing.”

3UK, O2, BT, Giffgaff, Tesco Mobile and TalkTalk are among those who have signed up to the code of practice.

Matthew Howett, lead analyst, regulatory telecoms at Ovum said that the new code recognises the importance of managed services and provides a fair degree of flexibility to allow these to develop.

“It’s generally recognised by both sides – ISPs and over the top players – that it’s necessary to build and maintain a sustainable internet model. It remains an area of constant evolution and it is reassuring that self-regulatory measures such as these are being explored rather than a heavy-handed and possibly premature intervention from the regulator.

However, he added that the issue of how “full internet access” is marketed is less clear at this stage.

“With no commonly used term to describe internet access with restrictions, which is a fairly common practice, some more clarity form the BSG would be useful. Ultimately it will be down to consumers to choose the type of package that meets their particular needs and healthy competition between providers is likely to ensure that a range of such packages continue to exist,” Howett said.