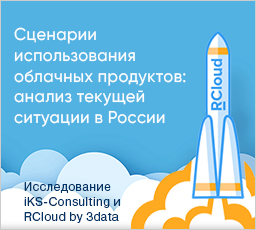 One size doesn't fit all: A guide to mobile platforms for marketing

Brands and agencies recognize and agree that the mobile channel is a highly effective way to reach consumers. But the most successful campaigns are built on the understanding that the mobile channel isn't homogeneous. Instead, savvy brands and marketers know that it's actually a set of options, each with its own strengths and considerations that must be factored in to ensure a maximally effective campaign.

Take Short Message Service (SMS), which is the world's most widely used wireless data service partly because it's been built into virtually every handset--even entry-level models--sold over the past several years. As a result, there's an enormous installed base of SMS users, across every demographic group, for brands and marketers to target.

This installed base can be measured in terms of usage. For example, in America, the average mobile user sends 10 SMS messages per day per customer, according to CTIA. In the Philippines, it's nearly 400 messages per month, according to a January 2009 Pyramid Research report. The takeaway: SMS is widely used in both developed and developing countries, so it's a viable way for brands and marketers to reach the mass market.

But SMS also has its share of limitations. For example, developing and executing an SMS-based campaign takes time: typically around three months to obtain a short code and receive approval from the carriers that will be involved. By comparison, a campaign centered on a mobile application often can be developed and executed faster, sometimes in a matter of weeks.

Those are just two examples, but they highlight some of the factors that brands and marketers need to consider when deciding how to use the mobile channel. Meanwhile, success often means using multiple methods, such as a mix of SMS, mobile banner ads and smartphone applications. That's why creating an effective campaign also requires understanding how each method complements the others, as well as how each method fits in with a campaign's other, non-wireless components, such as print, broadcast and digital signage.

Short messages, long reach
For mobile campaigns, SMS' greatest strengths include near-ubiquity, wide consumer awareness and ease of use. SMS frequently is used to increase the effectiveness of campaigns that include non-mobile channels.

For example, many billboard, print, digital signage and TV ads now include a short code as a call to action. That increases the campaign's effectiveness by making it easy for consumers to get more information immediately, instead of hoping that they'll remember the ad the next time they're in front of a computer...

SMS has several caveats. Besides the long lead time, (believe it or not) many mobile users don't yet know how to use SMS, don't have a plan that includes SMS, believe that SMS fees are too expensive or have told their operator to turn off their SMS service. Those factors can limit the reach of an SMS-centric campaign.

App opps
In first quarter 2009, smartphones were 13.5 percent of all handsets sold worldwide, according to Gartner. That's a 2 percent increase over the first quarter of 2008, so the base of users who can be reached via mobile apps is steadily growing even in the worst economic downturn in 70 years.

But brands and marketers should take those figures with a big grain of salt. Although smartphone sales have been brisk over the past few years, they're still a minority of the total installed base of handsets: approximately 390 million out of 4 billion total, or less than 10 percent, by some estimates. As a result, smartphones aren't yet an effective way to reach the mass market.

All smartphones support third-party applications. Mobile apps are a relatively new phenomenon compared to SMS, but they're already firmly integrated into the consumer mainstream. For example, Apple iPhone owners alone downloaded more than 1.5 billion apps in the App Store's first year, which shows that a rapidly growing number of mobile users are not only familiar with the concept of mobile apps, but actively seek them out.

The number of app stores also is growing, with recent and forthcoming outlets from China Mobile, Microsoft, Nokia, Research In Motion, Samsung and Sony Ericsson. These make it easier for consumers to find apps and--just as important--for marketers to distribute them. App stores also are a relatively cost-effective way for a campaign to distribute apps to a wide audience.

The upshot is that just as ringtones and wallpapers have been key components of successful campaigns for years, mobile apps are emerging as yet another opportunity to engage consumers. But mobile apps have a few drawbacks: Although they provide a rich, immersive experience and a higher return on investment (ROI), they deliver a much smaller audience than SMS, ringtones, wallpapers and banner ads simply because there's a small installed base of handsets that support them. In many cases, a PC is required to find and install an app, limiting a campaign's reach among people who own a mobile phone but not a PC, as well as those who have a PC but don't know how to transfer an app from it to their phone.

As an app store's selection grows, it becomes easier for each app--including those that are part of a mobile marketing campaign--to get lost in the crowd. Thus it's critical for brands and agencies to develop a strategy for increasing discoverability, such as using other mobile and/or non-mobile channels to build awareness of the app so mobile users seek it out. Another strategy is to influence the influencers in the target demographic group so they can help build a buzz.

Don't overlook feature phones
Not all mobile apps are created alike, and those differences affect each app's role in a mobile advertising campaign. One main category is smartphone apps, which require the handset to have an operating system such as Android, BlackBerry, iPhone, Palm, Symbian, webOS or Windows Mobile. Although the retail price of smartphones running those operating systems has dropped significantly over the past year--to $50 in some cases--these handsets still are aimed primarily at the upper portion of the market.

Brands and agencies should avoid getting caught up in the app hype. Instead, focus on the type of phone that the target market carries. For example, it's a mistake to build a campaign around a smartphone app if the product being marketed is aimed at demographic groups that can't afford a phone that costs $150 or more, plus a data plan that costs $50 or more per month. Smartphone apps also may be a poor fit for campaigns that seek to reach as many demographic groups as possible, instead of just technology-savvy consumers.

The other main category of mobile apps are those that run on "feature phones," which lack a name-brand OS and are the vast majority--more than 85 percent--of all handsets in use today. Although there's some price overlap with smartphones, the majority of feature phones retail for less than $100, with some going for as little as $20.

Feature phones typically have fewer advanced features than smartphones, so they tend to appeal not only to people on a tight budget, but also to those who prefer basic services such as voice and SMS. Because they're inexpensive, parents frequently buy feature phones for their teenagers, making this type of handset a potential fit for mobile campaigns that want to reach younger demographics.

It's important to note that many feature phones can support rich, immersive media, partly through the use of application platforms such as BREW and J2ME, which enable a wide variety of downloadable apps, such as games. As a result, feature phone applications give brands and agencies yet another option for reaching and engaging consumers.

The mobile Web's wide net
Brands and marketers also shouldn't overlook the reach and effectiveness of the mobile Web. One strength is that mobile Web campaigns can run on any handset--from feature phones to smartphones--that has a browser, so they can reach nearly every demographic group.

The mobile Web also is relatively easy to use. For example, a campaign could send SMS messages with a link that recipients simply click on to get more information. Clicking on the link automatically launches the browser and then loads the URL in the link, freeing users from having to copy the link and then paste or type it into their browser.

Regardless of which method is chosen, brands and agencies need to be aware of each one's advantages and limitations. Rarely can one do it all, and in many cases, an effective campaign requires using a diverse mix. Understanding each method's advantages and limitations also is key for using the mobile channel to extend the reach and effectiveness of campaigns that include print, broadcast and digital signage.